What works out better for artists?

Now before we begin, just to explain the difference between streaming and downloading. I know most people nowadays know the difference when it comes to music but just to clarify….

In the music sense, streaming is the act of playing a track from an online service such as Spotify. When you play the track, it is being read from Spotify’s own servers. You do not have a copy on your device so to play the file again, you can only do this by going back to the platform in question and replaying it. A perfect example of a site that ‘streams’ is Youtube. Every video on there is streamed and not downloaded.

Downloading a track is when you pay an amount of money (generally around £0.99 for 1 track) and you download the track to your device. You can then transfer that track onto another device such as your ipod/iphone or burn to a CD (if anyone does this anymore?!?) An example of this is Amazon. If you click this link you can purchase and download our track “Brighter Things Ahead” however Amazon Music is a streaming service so if you click here you can only play the track, there is no way to download it.

There are no 2 ways about it. Streaming is awesome! To be able to create an account on Spotify or Amazon Music and stream any track you like anywhere you like – mobile, tablet or desktop is a huge technological feat. and a marvel of today’s technology.

Streaming is almost the missing link in any music lovers life and as listeners we should embrace this.

However for artists that upload their music to these streaming services, they don’t get as excited about it as you guys do.

Before I explain why, you may not know this but every time you listen to a track on any streaming service someone somewhere gets paid even if you are using the free version of Spotify. Whether it is the artist themselves or the label the artist is signed to, streaming means money in the bank. Sounds cool yeah? Well, it might sound a little less cool when you know how much money we are talking about here.

The actual figures vary as they are based on a number of variables like the total income the platforms bring in from all paying subscribers plus the percentages taken to cover the company’s taxes etc. However to keep it simple I’ve used average figures from June 2019. A typical Spotify stream earns the artist or label an average of just £0.0032 per stream (yes those noughts are correct) so if a track gets 1000 plays (which lets face it is quite good), they will get paid £3.00 and for 100,000 plays (which is very good) the artist will still only get £300 and if the artist gets 1 million streams (this is uber good) this equates to £3,000. Now you could say £300 is good money but generally an artist has spent a lot of time on their music. Let’s assume they worked on a track every day for 2 weeks only weekdays and no weekends (which is realistic – I have worked on tracks for a number of months!) so for 10 working days they have earnt £30 a day and in most cases 2 weeks is being optimistic, if they’d worked on it for a month that is £15 a day both of which are less than the UK minimum wage.

Now all of the above assumes the original artist owns the copyright to their tracks therefore gets 100% of the earnings, in a huge number of cases there are record labels involved that the artist is signed to. In this case, the label will get the money then pay the artist a percentage depending on the contract they have between them. Using the example above, even if the artist was lucky enough to negotiate a 50/50 split (which is unlikely nowadays) then they’d walk away with £15 per day. More likely, the split would be around 80/20 in favour of the label leaving the artist just £6 per day. You could say ‘yes but won’t the artist get a chunk of cash when they’re signed?’. They may do or they may not depending on the terms of the contract but lets be honest, that is ultimately a loan, the label will get that back over time.

Whichever platform you look at, streaming isn’t great for the artists. The only area that artists can really earn some money to reward them for their hard work (other than live performances) is downloads.

With an average download amount being £0.99, if the same 1000 customers downloaded the track as well as streaming it that brings in just under £1000.00 and again assuming there is a 50/50 split between artist and label that is £500 for the artist (bit of a jump from the £3.00 for the same number of plays for streams don’t you think!) This extra money allows the artist to spend more time being creative, making music and not worrying about how to pay their bills. Ultimately resulting in more music for you to enjoy. Now £500.00 is a lot of money, there’s no doubt about it. However most artists may only release a track every few months at most so that money has to cover all the time in the studio and their living costs for 3 months, looking at it like that it isn’t a large amount of money however it is clearly more of a living wage than the amount earnt through streaming.

Clearly we produce music that can be streamed on Spotify or purchased on Amazon so every download to me personally is completely appreciated however this post isn’t about me, it is about the music industry as a whole. We have a huge number of talented artists right now so let’s support them as the last thing we’d want is for them to simply not be able to afford to carry on as that would be a real waste of talent.

I’m not saying stop streaming, in fact keep streaming and stream some more and discover new music but if you hear a great track on Spotify, support the artist by purchasing the track. Not only do you then have it in your collection but you have the high quality version the artist originally intended for you to hear. 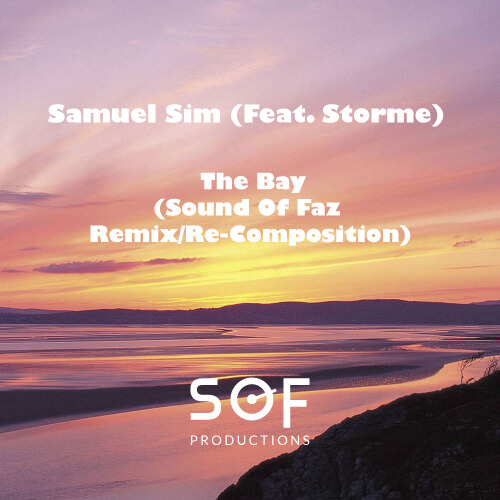